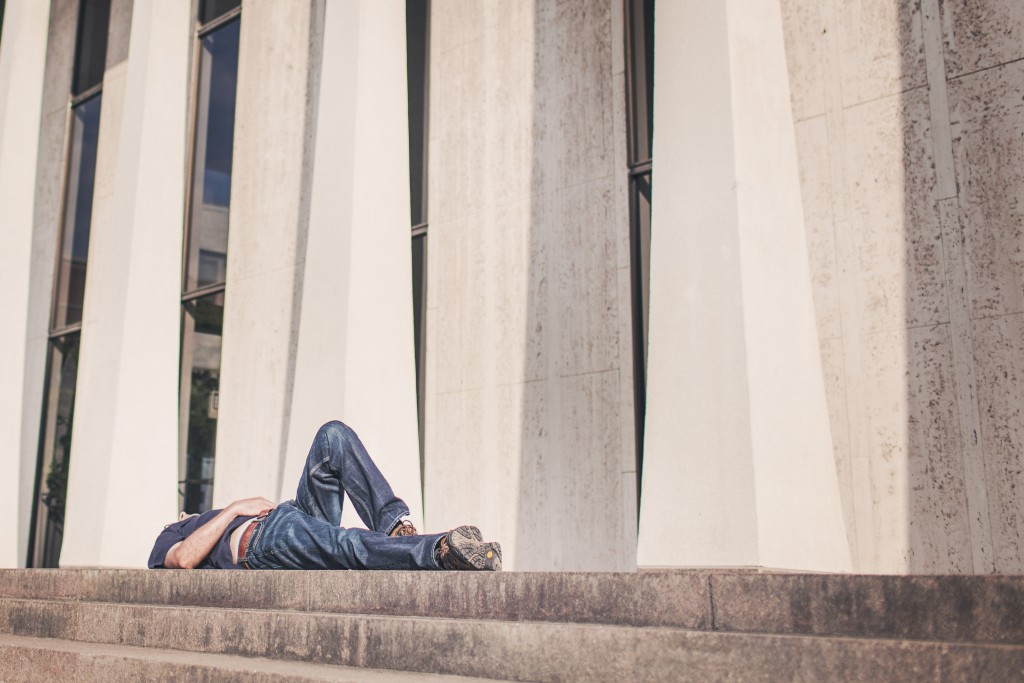 Something I’ve long struggled with is the distinction between self-consciousness and self-awareness.

We should talk about self-consciousness first, because removing a negative from your life is usually more important than installing a positive. Being overly self-conscious can pretty much ruin things by causing you to second guess your actions to the point where you simply end up hesitating. Some hesitate so much as to get nothing done at all, and are unable to move forward in life and relationships. There is a tendency in these individuals to be unable to live in the moment, to be lacking in that unthinking confidence that life requires, to constantly fail to shrug off the minuscule discomforts and embarrassments of life. These people tend to think about themselves a lot. That’s not to say that they are necessarily selfish—the same type of individual may give you the shirt off of his or her back. However, they often become obsessed with themselves, over analyzing each and every situation to the point where they become very difficult to be around for long stretches of time. This is “self-consciousness”, often simply called “awkwardness” by today’s young people. It can be a real stumbling block for your social life. Women tend not to favor this quality in men, and in truth an overly self-conscious person can be hard work in the female form just as easily.

Now, self-consciousness certainly sucks, but what is often even worse are those that lack any self-consciousness at all. You’ll know these types because they behave in obnoxious, hypocritical ways which are generally the result of a severe lack in self-examination. These people may be aggressive, biased, promise breakers. The type who make appointments and don’t show up. They are able to be so because they fail to look at themselves in a sober light, because such reflection would immediately give them a reason to change. They don’t want to change, so instead keep trucking along doing as they are without giving much thought or introspection to themselves whatsoever.

There needs to be a balance between the two, and this is something that can be very hard to achieve if you are predisposed towards either end of the spectrum. The goal here is to be fully self-aware without being self-conscious. It seems like a small distinction, but the gap between the two may be vast.

For self-conscious people, there are several things I would recommend to become more confident as you move towards more self-awareness and less stumbling and hesitation.

The first, as ridiculous as it may sound to some of you, is lifting weights. While this advice is mostly aimed at the men out there, it is a sound suggestion for anyone who is struggling to feel comfortable in their own skin. Lift big. The intensity of these work outs accomplishes several things. The first is giving you much needed endorphins which can actually drug you into feeling better about yourself. Secondly, you will of course look and feel a lot better for the process. Weight lifting ups testosterone, which is the give-no-fucks, conquer the world hormone buried deep inside of the human animal.

The second one, which we harped on in our last post, is “compartmentalization”— the ability to put certain thoughts and feelings aside and sort of save them for later. This is very important in social situations, particularly for people who are self-conscious about something. In order to come across as confident and fun to be around, it is often important that you stop thinking about yourself and how other people view you, at least for a while. Focus on being in the moment, enjoying the time spent with others, and accomplishing whatever it is you are trying to achieve through the interaction (if there is such a thing).

For those on the other end of the spectrum who lack much self-awareness, it may be hard to give any advice. Each person is different, and it is up to you to determine if you aren’t giving enough time for introspection and soul searching. Ask yourself some questions: “Do I break promises?”, “Do I make people uncomfortable?”, “am I selfish?”

These are the type of questions that every person must try to honestly answer for themselves if they want to be self-aware. However, there is a time and a place to ask yourself these questions, and it isn’t when you are in a social situation. During those times, you should try thinking about other people first, and letting the concern about yourself fade into the background.

In short: Think about yourself from time to time, ask yourself questions. Just don’t do it every second of the day.

It may sound simple, but it is harder than it seems.

One thought on “Conscious vs. Aware”

- Compartmentalization 10 Reasons Why You Should Run +